This gallery consists of curtain call bows of American Ballet Theatre (ABT) dancers from 2008 to the current season. I also include commentary on dancers with my favorite YouTube clips.
Read More 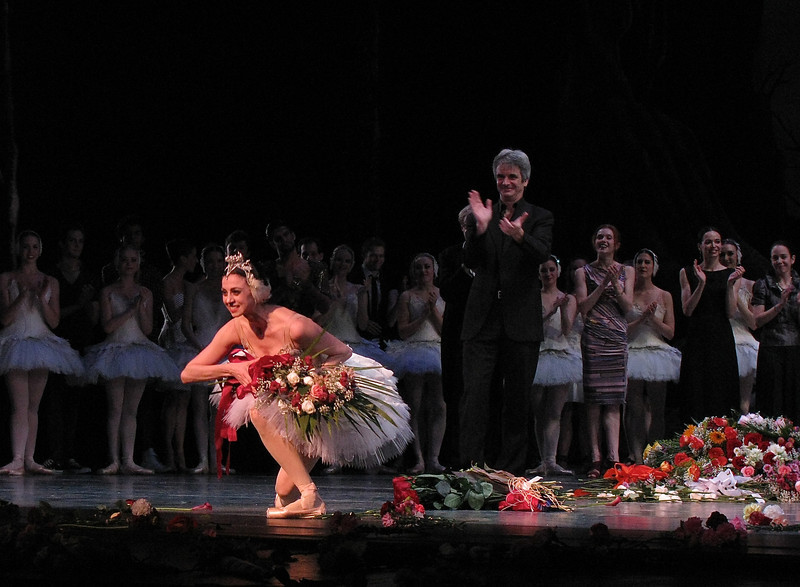 Photos from Nina Ananiashvili’s final ABT performance, June 27, 2009 (Swan Lake). Nina is from Tbilisi, Georgia. She joined the Bolshoi Ballet in 1981 and was promoted to Soloist in 1983. Eventually she rose to the rank of Prima Ballerina. She excelled in ballet competitions partnering with Andris Liepa. Along with Liepa, she was the first Soviet dancer to guest perform with the New York City Ballet in 1988. She joined ABT in 1993 as a Principal Dancer. She was an international star, performing all over the world. Because of Mikhail Gorbachev’s Glasnost policy, she was allowed to perform outside the Soviet Union as a guest artist starting in 1986. She has been the artistic director of the National Ballet Ensemble of Georgia since 2004. She is married to a Georgian politician and diplomat. At ABT, her repertoire was diverse, that ranged from classical and Romantic 19th century ballets to more contemporary ballets.