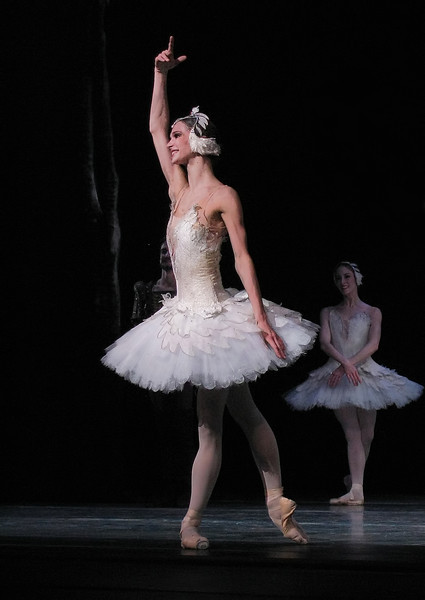 Polina Semionova was born in Moscow and studied at the Bolshoi Ballet School. She graduated in 2002 and was invited to join the Berlin State Opera Ballet as a Principal Dancer at the age of 17. In her first season, she danced leading roles in The Nutcracker, La Bayadere, and Onegin. She has appeared as a guest artist with the English National Ballet, Tokyo Ballet, Vienna State Opera Ballet, Maryinsky Ballet, Bolshoi Ballet, and the Stuttgart Ballet. She stars as Odette-Odile in the Zurich Ballet production of Swan Lake, which was recently filmed and released on DVD.

Here is a beautiful and inspiring YouTube video of her performing to instrument music.