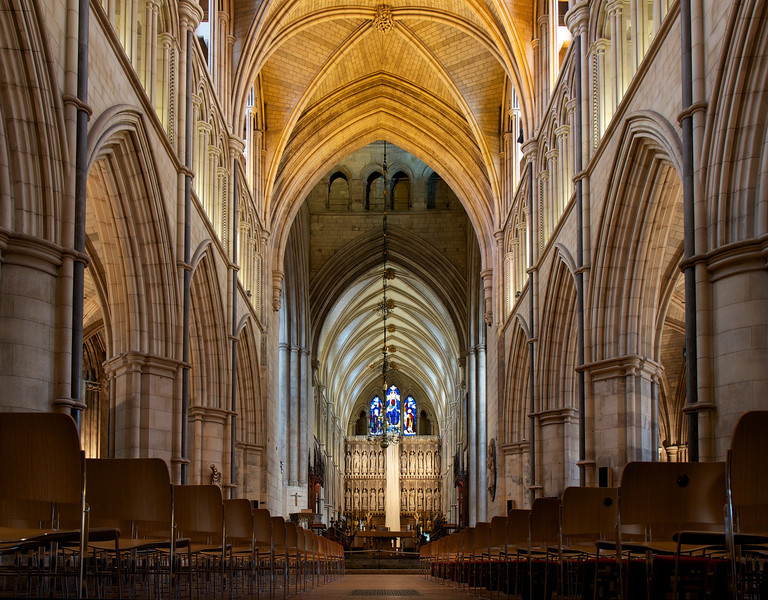 Southwark Cathedral in Southwark, London, is on the south bank of the River Thames near the London Bridge. It is the mother church of the Anglican Diocese of Southwark and has been a place of Christian worship for more than 1,000 years, according to Wikipedia.

Prior to the church, the site was a Roman villa, according to the Southwark website. In 1977, a pagan statue from the fourth century was discovered beneath the church.

“The present building retains the basic form of the Gothic structure built between 1220 and 1420, although the nave is a late 19th-century reconstruction.

The Great Fire of 1212 badly damaged the church. Only a few traces of the Norman church remain today, including a doorway in the north side of the nave. “Rebuilding took place during the thirteenth century, although the exact dates are unknown. In its reconstructed state - the basic layout of which survives today - the church was cruciform in plan, with an aisled nave of six bays, a crossing tower, transepts, and a five bay choir,” according to Wikipedia.

“In the 1390s, the church was again damaged by fire, and in around 1420 the Bishop of Winchester Henry Beaufort, assisted with the rebuilding of the south transept and the completion of the tower. During the 15th century the parochial chapel was rebuilt, and the nave and north transept were given wooden vaults following the collapse of the stone ceiling in 1469. Some of the carved bosses from the vault (destroyed in the 19th century) are preserved in the cathedral.”

William Shakespeare and Geoffrey Chaucer worshipped at Southwark Cathedral. Shakespeare is believed to have been present when John Harvard, founder of the American university, was baptized here in 1607 according to Sacred Destinations