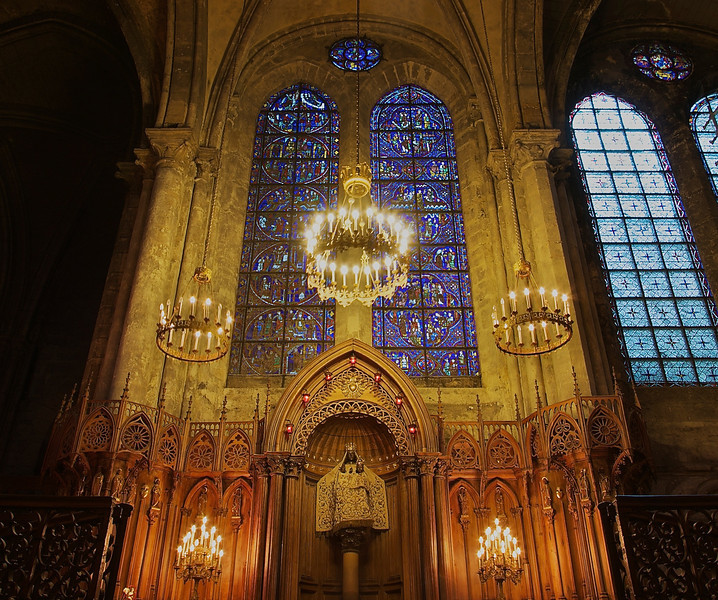 Chartres Cathedral Our Lady of the Pillar

This is the Chapel of Notre Dame de Pilar (Our Lady of the Pillar) in the north ambulatory. According to Professor Moriarty, the statue in the center is of Madonna and child and was commissioned in 1508 as a black wooden copy of the 13th century silver Madonna that once stood on the main altar at Chartres Cathedral. “This statue was later given to the Cathedral in about 1540. The statue currently sits on top of a pillar in the North aisle of the cathedral and is commonly known as "Our Lady of the Pillar". Chartres was a centre for the Marian cult and, in addition to the Blue Virgin stained glass window in the south ambulatory, also had another 11th century wooden Madonna statue in the crypt. That statue was burned during the French revolution, and for some time this Madonna was put there, until a copy of the original was made in 1857.” Professor Moriarty also has close-up photos of the Madonna.