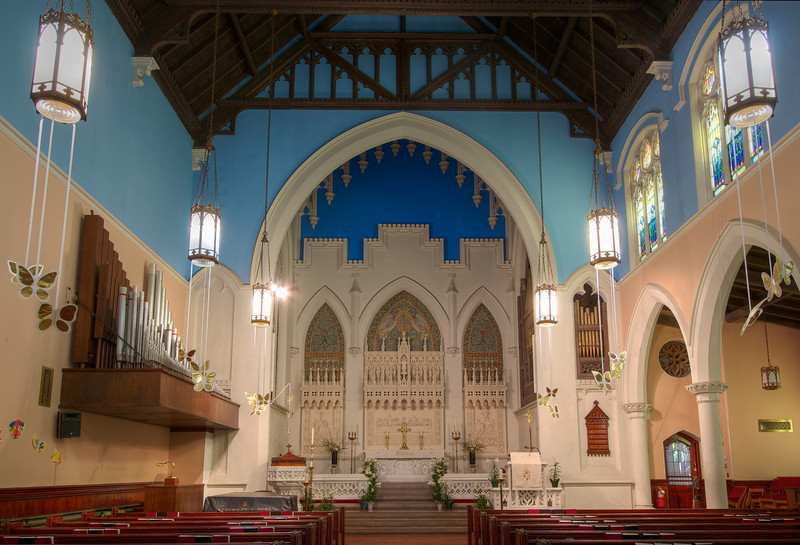 Advent Lutheran Advent Lutheran’s interior is bright and cheerful, with blue, white, and pink walls, the opposite of a typical dark Gothic cathedral. Particularly striking are the stained glass windows in the nave and the ceramic mosaic behind the altar. They were designed by Louis Comfort Tiffany and manufactured by his Tiffany Studios in addition to the sanctuary lamps, the pews, and the painted decorative organ frontal pipes in the front of the sanctuary. The nave and clerestory windows feature Saint Paul preaching at Athens and Christ returning in glory with angels, breaking swords beneath them, according to Wikipedia.

The congregation of Advent Lutheran Church was established in 1897. William A. Potter designed the present building located on Broadway between 93rd and 94th, in a German Gothic style and was completed in 1901.