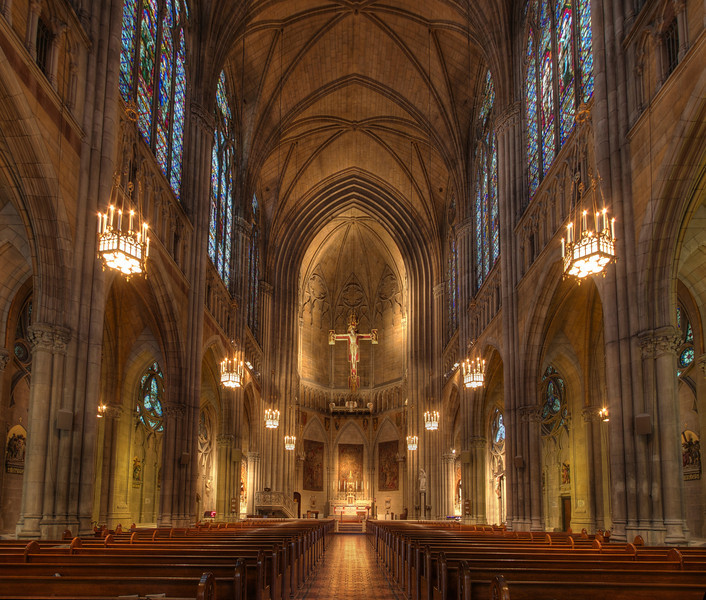 The Church of the Blessed Sacrament

The church was founded in 1887, with the first mass at a makeshift alter at a stable located on the north side of West 72nd Street. The first Church of the Blessed Sacrament was on 71st Street, just west of the current building. Ground was broken in 1887 and finished a year later. The parochial school was opened in 1903. The size of the old Blessed Sacrament church was inadequate given the growth of the Upper West Side. To satisfy the growing congregation, a new building was planned. The old church was torn down in 1917 and the cornerstones of the new church was laid that year. In 1919, the new school opened just behind the present church on West 70th Street. The church was completed shortly after. See the church website for more detail.