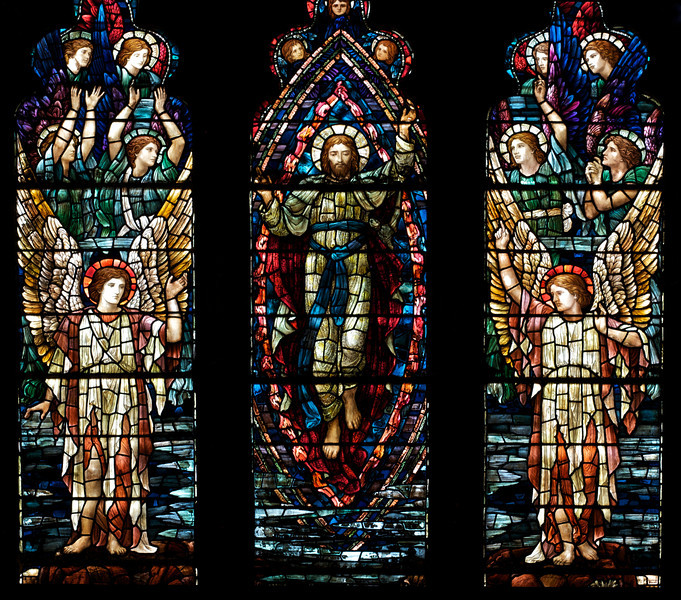 From the Holy Trinity website on The Ascension nouth transept window:

"In the main panels of the window, the figure of Christ is shown being received into Heaven by a host of angels."