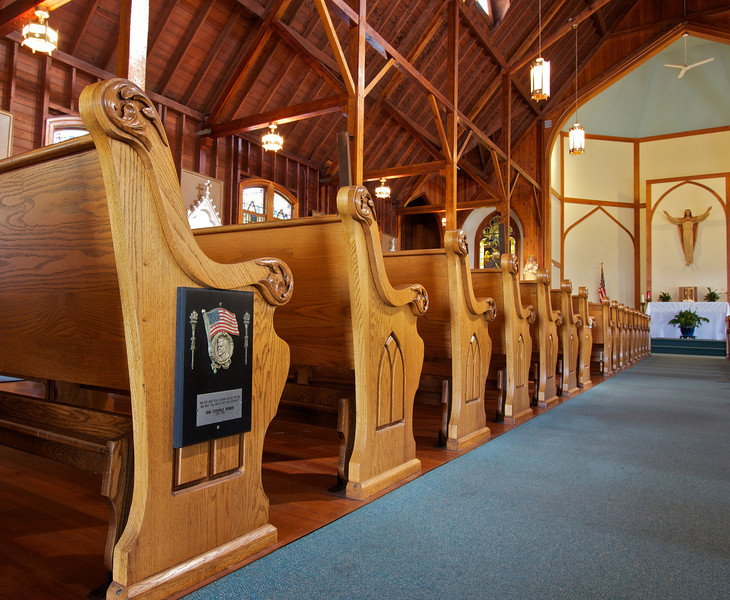 President Kennedy visited the Boothbay peninsula and attended Mass at the church in August 1962; the 50th anniversary is discussed in the August 16, 2012 Boothbay Register article “The Boothbay Region Remembers JFK’s Trip to John’s Island in August 1962.” “On August 10, 1962, Kennedy landed on Air Force One in Brunswick Naval Air Station. ‘It looked like a good way to spend a weekend and Kennedy would look for good weekends’” said Sid Davis, a reporter who covered Kennedy. According to Davis, Kennedy may have been mending fences or trying to pull both parties together with the trip. “The only time Kennedy spent on the peninsula during that weekend was church on Sunday morning. About 2,500 people gathered to greet him when Kennedy attended mass at Our Lady Queen of Peace in Boothbay Harbor.”