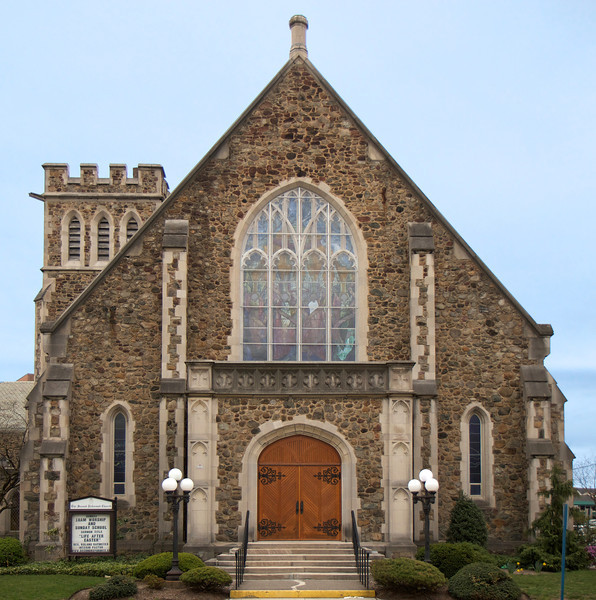 According to the church website The Second Reformed Church was organized in October 1855 with the first service in November 1855. Their first church building was erected in 1856 but was destroyed by fire in 1907. The cornerstone of the present church was laid in 1908. It is constructed of fieldstone taken from the stone walls of nearby farms. The education and administration wing was built in 1964-65 and is also constructed of fieldstone. The church features wonderful Louis Comfort Tiffany stained glass windows. The large angel window seen here, The Angels of Praise, was exhibited at the 1893 International Exhibition in Chicago. The church also features a 38 rank Austin pipe organ, installed in 1978.

The church is located at Union Street between Anderson and Ward Streets and is easily accessible by bus from New York City (#165 New Jersey Transit bus from Port Authority).