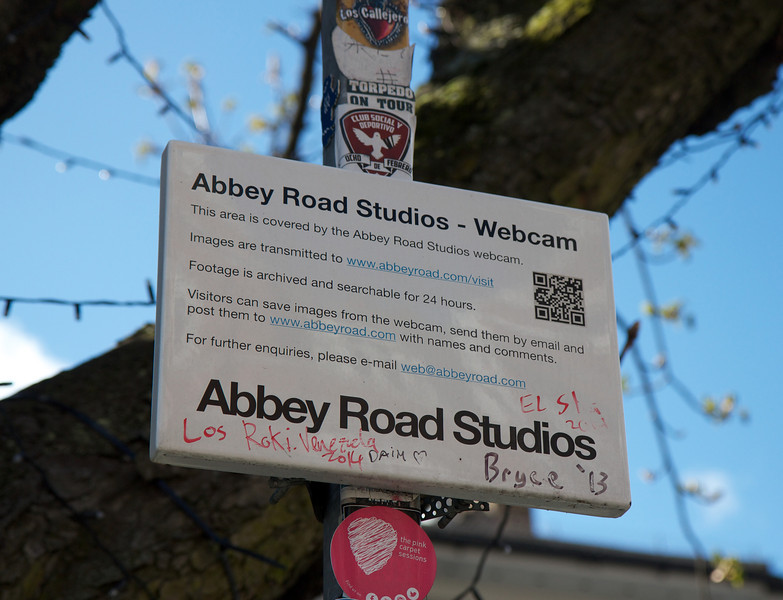 The Beatles recorded almost all of their albums and singles between 1962 and 1970 at Abbey Road Studios. The building is a nine-bedroom Georgian townhouse built in the 1830s. The building was acquired by the Gramophone Company in 1931 and converted into studios. One of the most famous early artists to was Paul Robeson who recorded at the studio from 1931 to 1939.

In addition to the Beatles, Pink Floyd recorded most of their albums at Abbey Road, from the late 1960s to the mid-1970s. John Williams and the London Symphony Orchestra used the studios to record the scores of five Star Wars films. All three of the film scores for The Lord of the Rings were mixed at the studios. See Wikipedia for more detail.

Abbey Road Studios is still an active studio and draws many Beatles fans; many cross the famous zebra crossing, much to the chagrin of busy auto traffic. The studio has a webcam showing the crossing, allowing viewers to search and download clips from the previous day. The wall and gate facing the studio are filled with graffiti and painted over periodically.